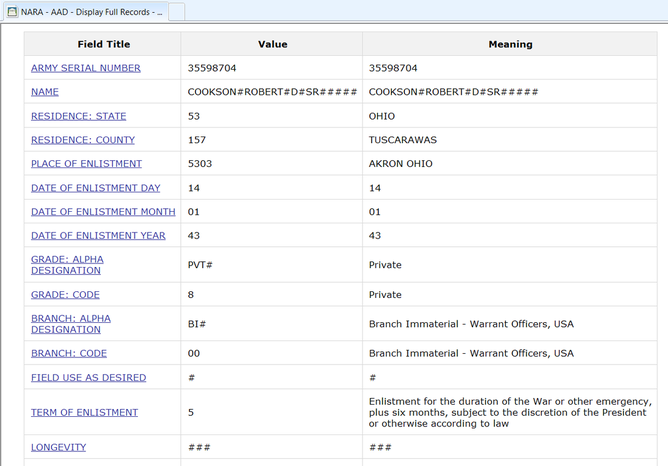 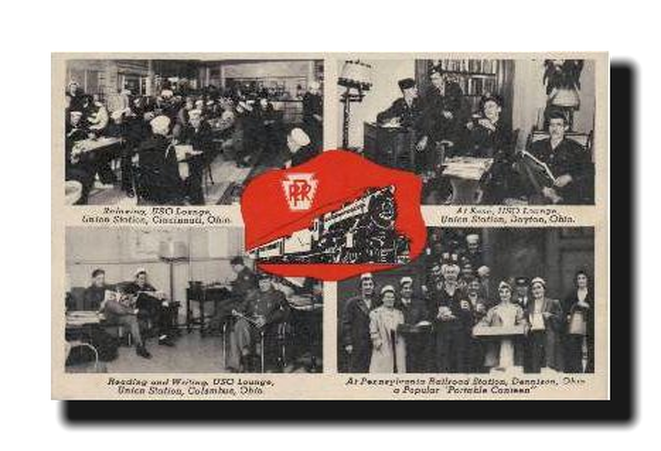 The lower right corner image of the postcard above is the train depot that Uncle Bob departed from in Dennison, Ohio. 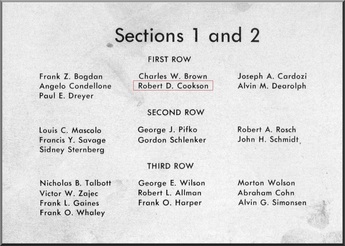 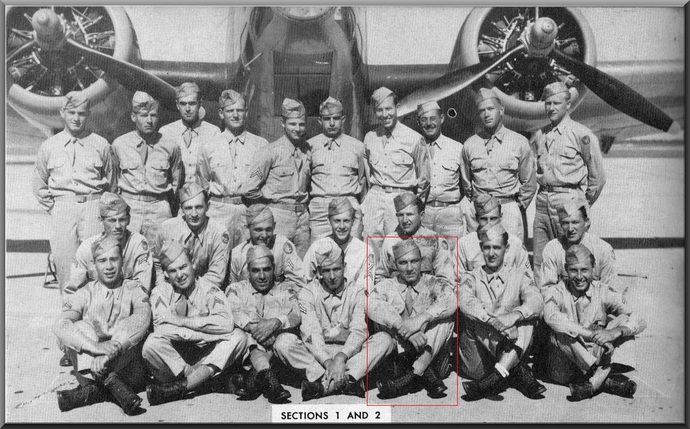 On 10 October, 1943, Uncle Bob attended six weeks of intense Flexible Gunnery School training at Tyndall Field in Florida.  Starting with BB guns, the men also fired shotguns and then machine guns at stationary and moving targets, and finished their training firing a 30 caliber machine gun from the rear of an AT-6 trainer.  They had to strip and reassemble a machine gun blindfolded wearing gloves, pass a test on Morse and Blinker codes, learn to identify Axis and Allied aircraft, and pass a High Altitude test in a pressure chamber, as well as much more.  Tyndall became famous because actor Clark Gable attended this gunnery school. 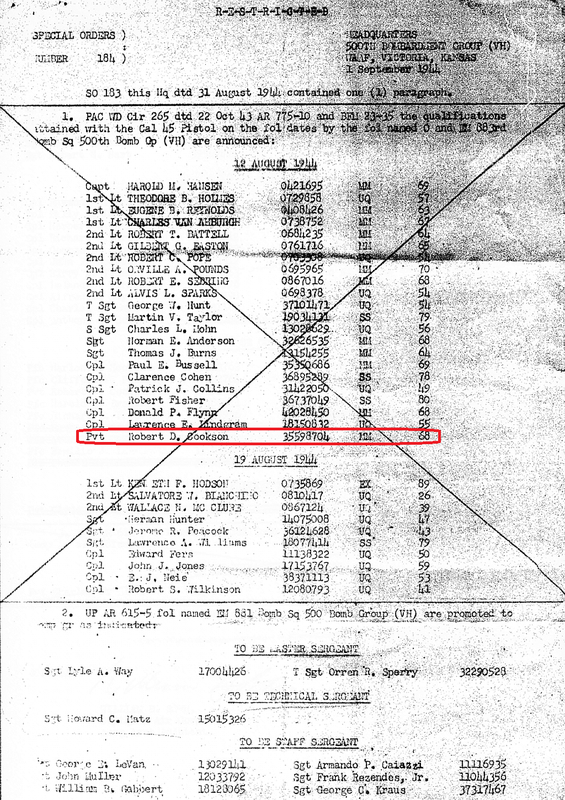 Uncle Bob qualified as a "marksman" with a 45 pistol scoring a 68. Although this list designates these men as with the 883rd Bomb Squadron, Uncle Bob was always in the 881st. My belief is that he missed his own squadron's qualifying, and shot with this group to make it up. 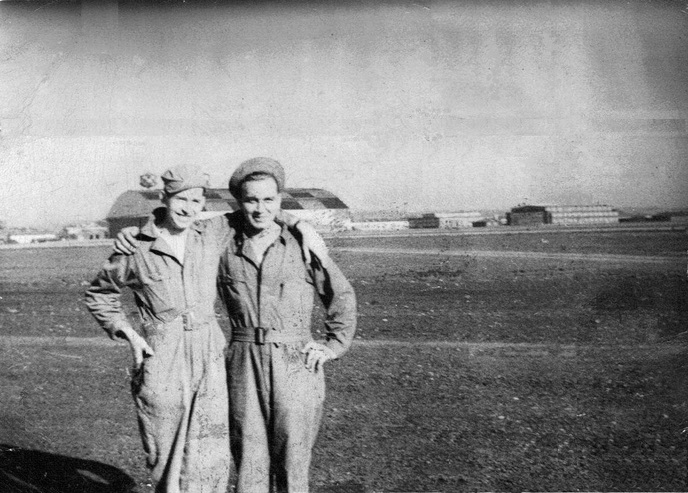 Uncle Bob on the right w/an unknown buddy at Scott Field, Ill., for Radio/Morse Code training from March-July 1943. The large hanger and two water towers behind Uncle Bob are still there.Thanks to John Szalay for verifying this photo location for us. 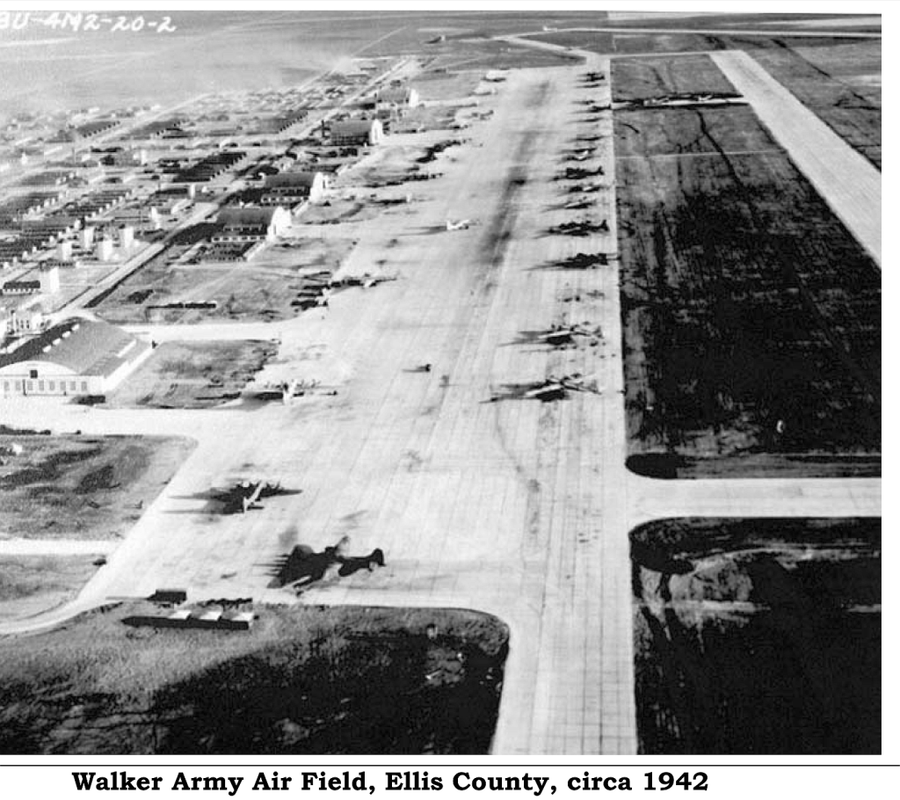 Radar Operator Wings
Back to top 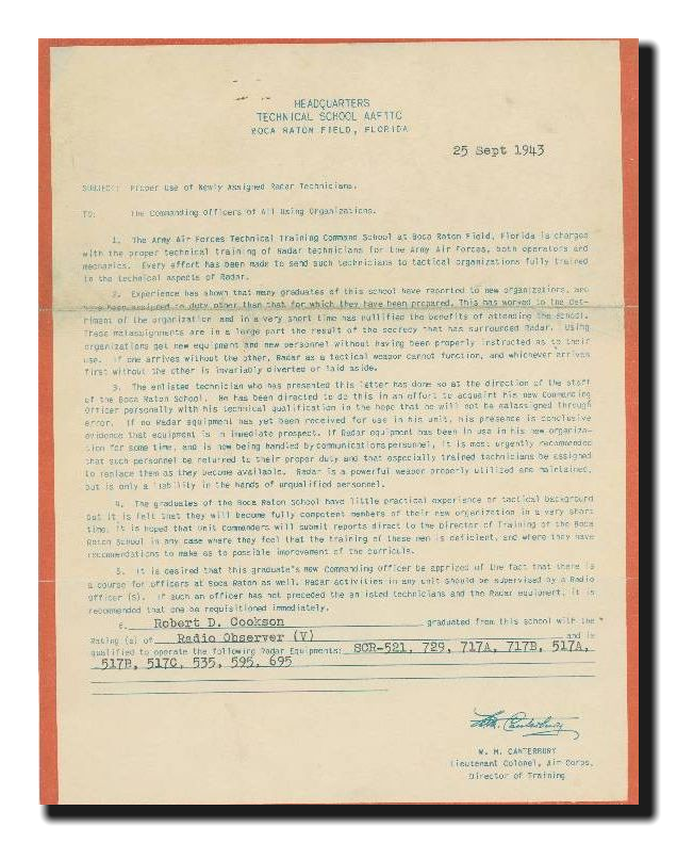 "Actually it was radar that guided the plane to the target on all but the clearest days, and sometimes actually dropped the bombs by directing the bombardier. And there were very few clear runs because both night and cloud cover were our friends - normally the best choice for safety reasons whenever possible. * * * Radar was always used as an adjunct to navigation because of its ability to measure direction and distance to key land marks whether or not they could be observed visually. It was generally more helpful than any other tool, such as LORAN, or directional radio. It was also used sometimes for air to air observations as well as air to land or air to ship, and was even used to direct landings to within yards of final touchdown when landing in thick fog." 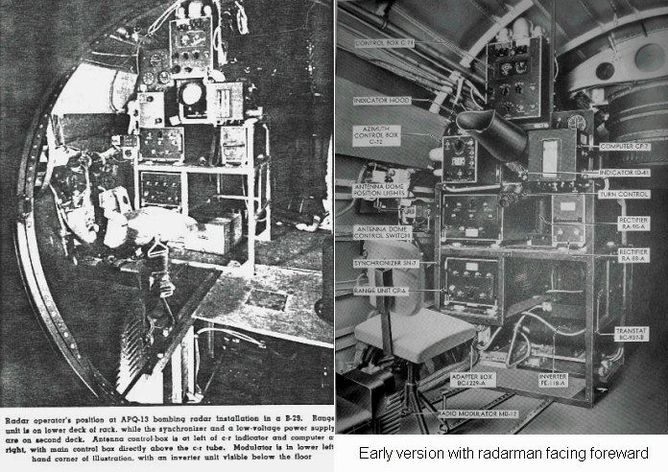 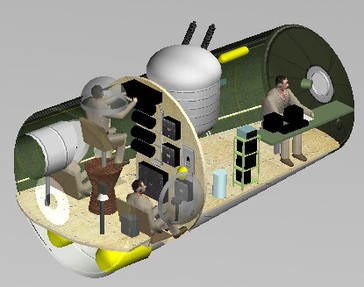 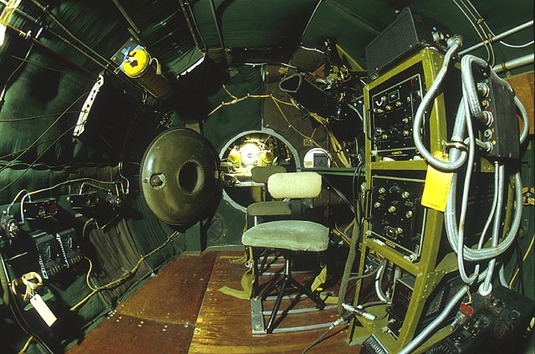 Radar station is on right side, and you are looking back through un-pressurized compartment to rear tail gunner entry door. (courtesy F. Farrell) 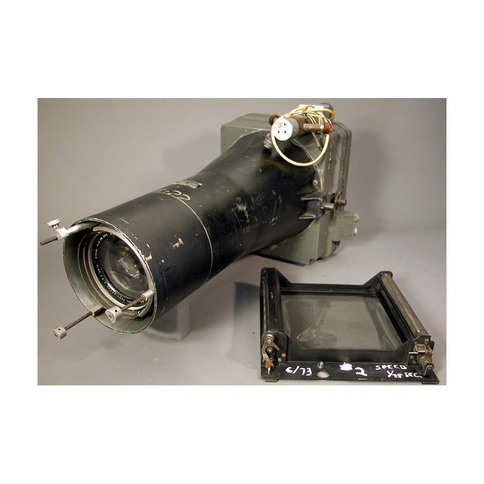 Photo of the K-22 at Udvar-Hazy. It has adjustable clamps on the lens to attach to the radar scope. (courtesy B. Copeland) The following explanation of a "Mission Strike Camera" was provided to us by Mr. Marvin Demanzuk, radar officer, from the 39th Bomb Group. Marvin flew his combat missions from North Field, Guam. See his story at www.39th.org The navigator had a repeat radar scope at his station and the camera was attached to his scope. Displays were originated by the radar operator and information communicated to the bombadier verbally. The camera recorded the bomb run images, especially of pathfinder crews. So, your Uncle Bob provided the slant range marks to the bombadier and the navigator did the recording. 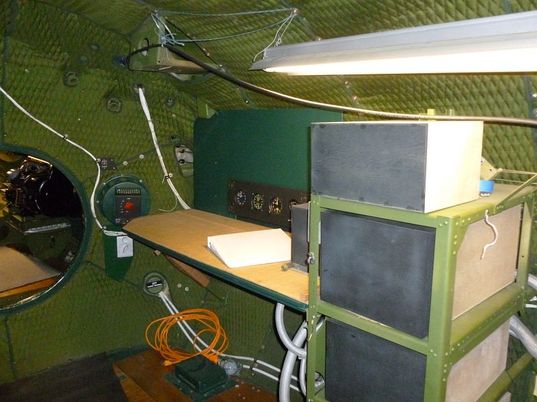 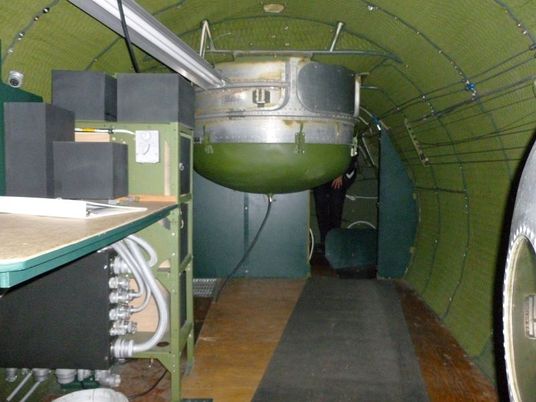 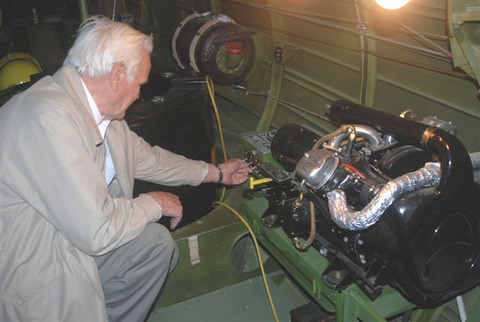 Tom Del Signore trying to re-start the 'putt-putt' 60 years after the fact. 'Putt-putt' was in rear of plane and usually started by tail gunner. It provided auxillary power to start the engines on the B-29s. (Courtesy of Frank Farrell) 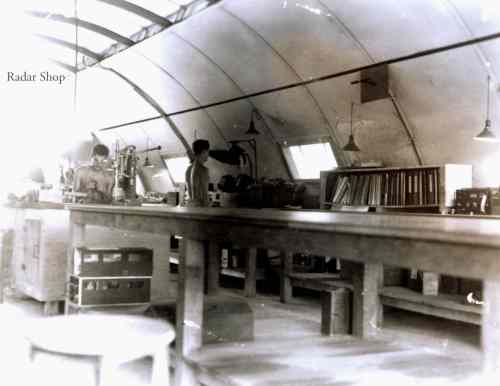 Radar shop (courtesy B. Copeland)
Back to top 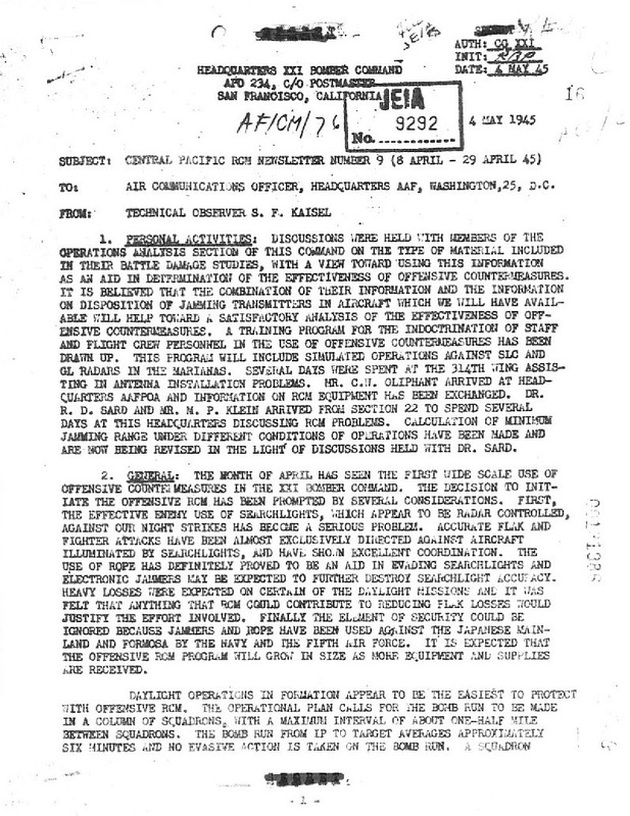 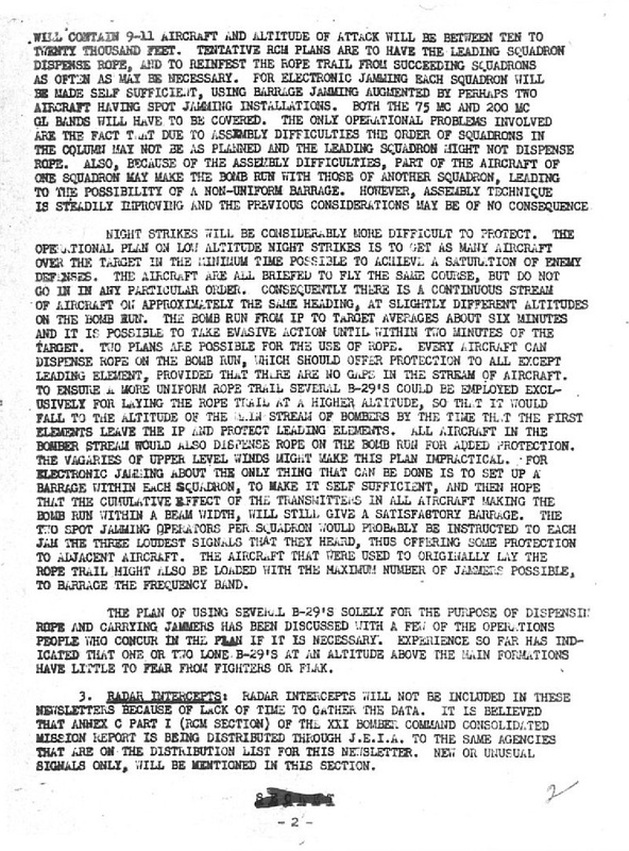 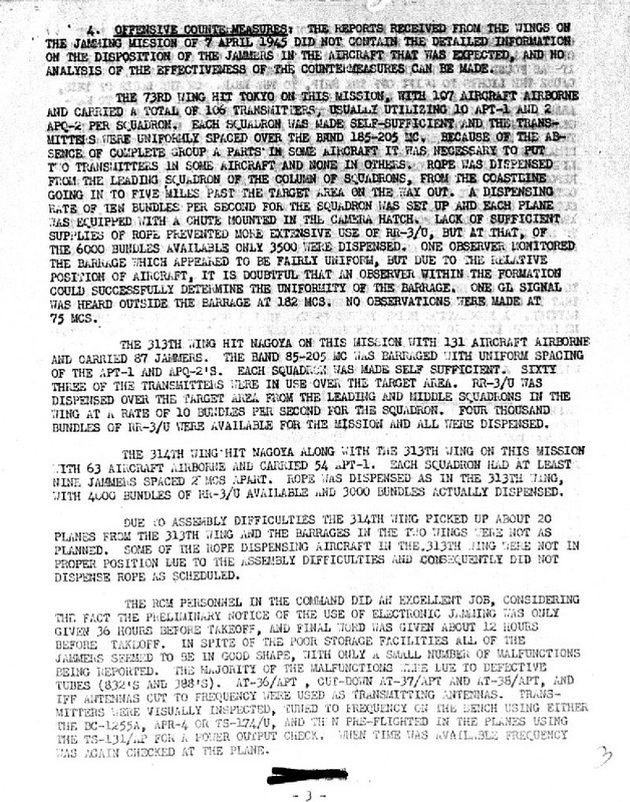 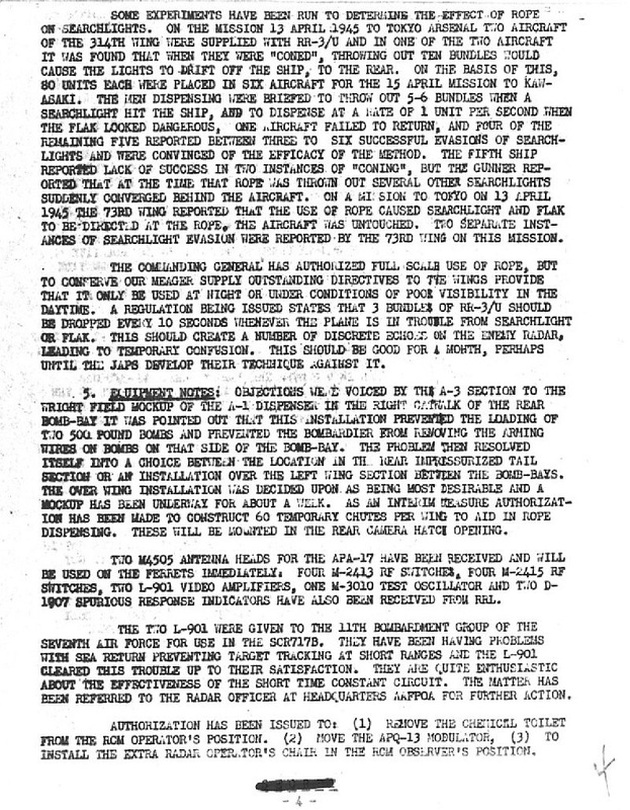 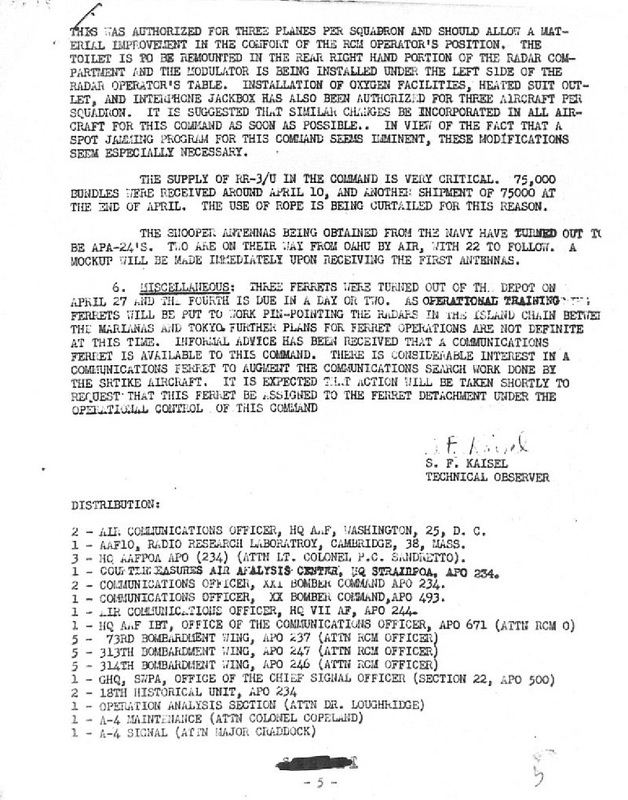 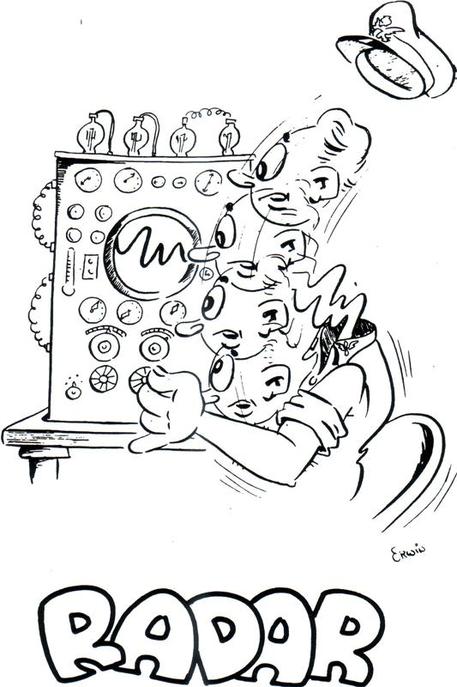 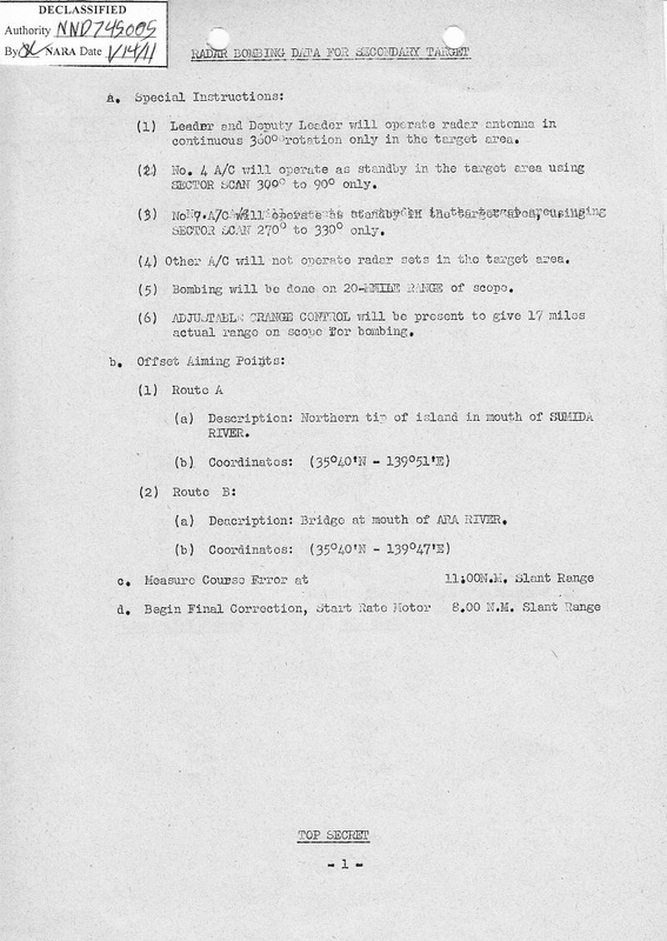 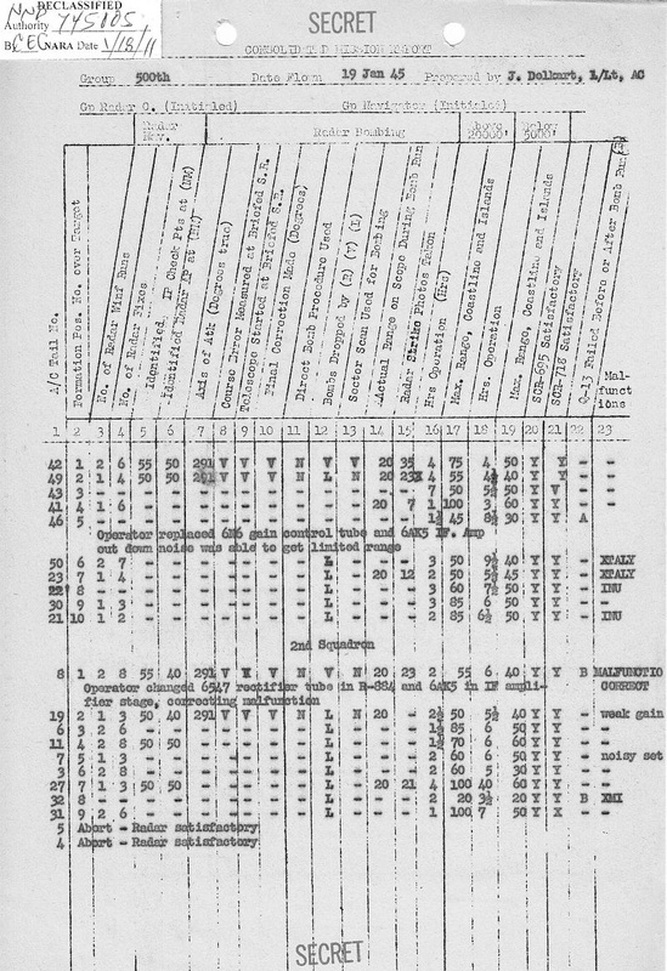 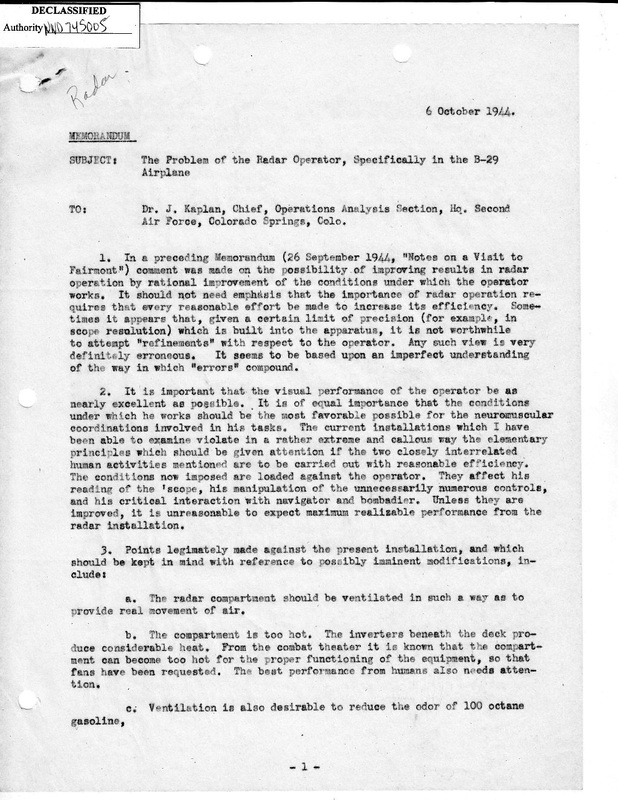 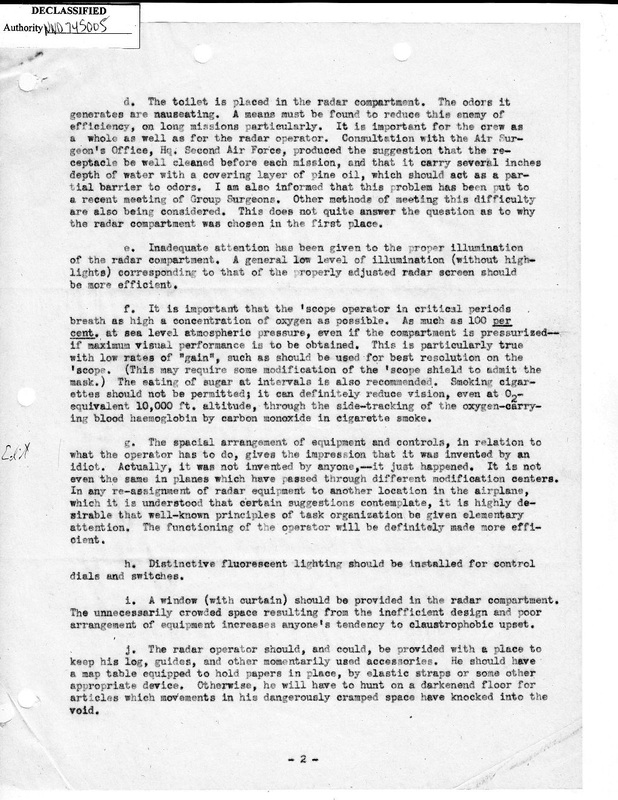 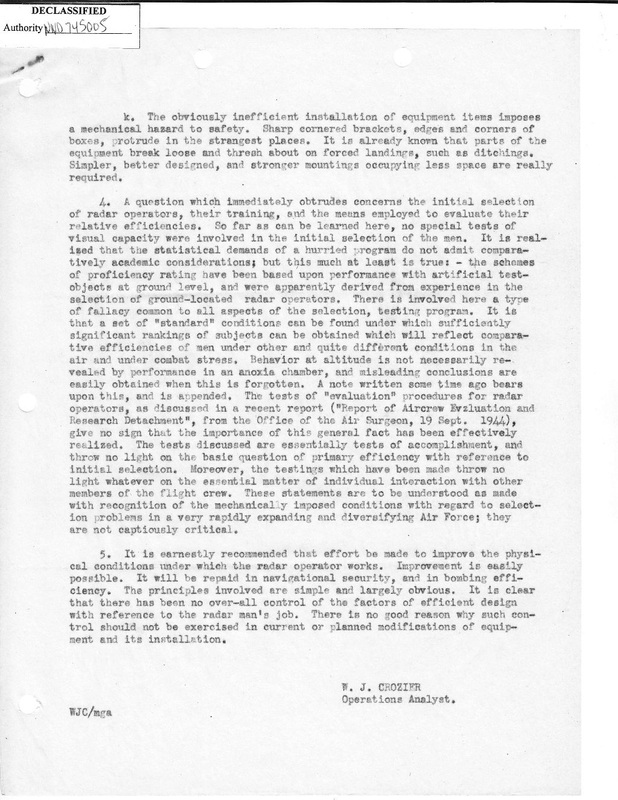