FiFi with Music2 from Rich Slone on Vimeo.

11 June 2011. Self Shot version, 10 min run time.
The only remaining, flying B-29 and I took a ride in the bombardier seat! That is right in the glass nose of the aircraft.
The ride was 30minutes in length and was awesome.
The Commerative Air Force brought her into Cincinnati and was hosted by the Cincinnati Warbirds Chapter of the CAF.
This is the shorter version. I have posted the on board camera video shot by the CAF below...it is the full length of the flight.

My Flight on FiFi.her onboard cameras from Rich Slone on Vimeo.

I took this flight on 11 June 2011...just four days after Raymond "Hap" Halloran took his final flight.
This footage is actual, real time. The first 12min:50 seconds is pre-flight briefing and pre-flight checks by the crew.
At 12:50, we begin to move. At the end of the runway, we stop for inbound traffic and to start the two outer engines. The outer engines turned no props during taxiing both before and after landing. There were small elevated runway marker lights that could have been in jeopardy due to the wingspan.
The flight was approx. 30 minutes in length departing from Lunken Airport in Cincinnati, Ohio and returning same. We ascended to 2,000ft for the flight.
I flew in the bombardier seat which is right in the nose of the aircraft...awesome!
-Co Author, Rich Slone

Make sure you check out Co-Author, Rich Cookson's experience below along with a
large pic gallery. (Sacramento images will be added soon) 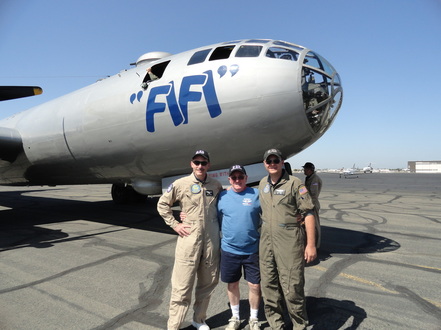 Just outside of Sacramento, CA at Mathers Field. On the tarmac...07 June 2014
Well, I did it.
Here I am with pilots Jeff Skiles and David Oliver in front of "Fifi" on Saturday after flying into Sacramento June 7th.

I flew in the jump seat behind the Aircraft Craft  Commander David Oliver and what a view!  I took over 200 photos and several videos and loved every minute!


I volunteered to be the squadron's gopher during their stay in Sacramento and had a ball helping out, running errands, and driving the crew members around town.  They were a great bunch and pretty easily accepted me into their circle and by the end of the first day we were all on a first name basis.
I learned a lot from them, and their dedication to keeping the memory of the B-29s alive was really refreshing.  Obvious was the interest exhibited by the large crowds they had even with the extreme temperatures through out the weekend.

Best surprise was that my brother-in-law and co-website partner, Rich Slone, flew out from Columbus to attend the "Fifi" weekend with me.

Can't tell you how much this flight meant to me, and I guess I could say I have closed another chapter for myself on the death of my Uncle Bob.  Best wishes to you all, and I hope you get to experience the thrill I did if you
haven't already done so.
Co-Author, Rich Cookson 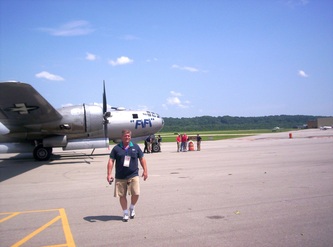 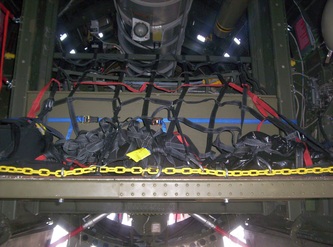 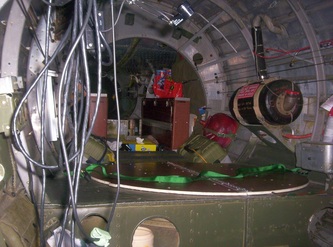 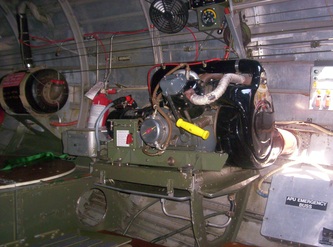 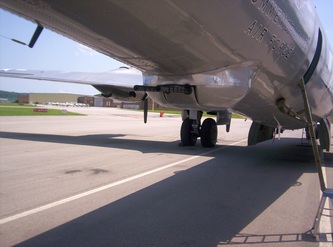 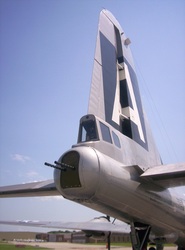 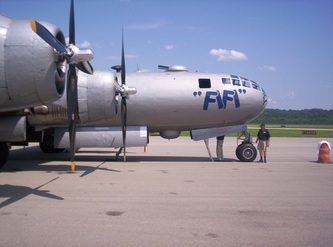 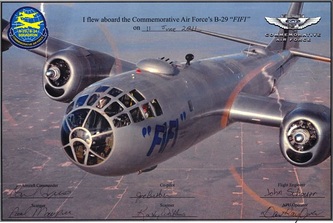 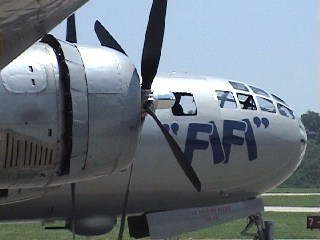 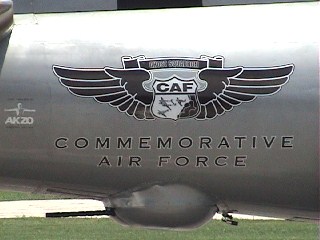 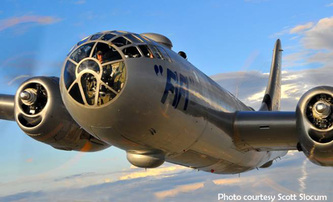 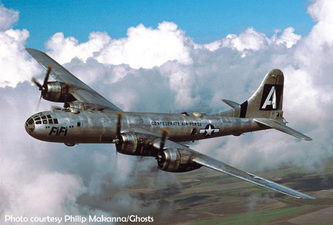 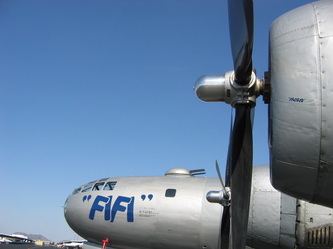 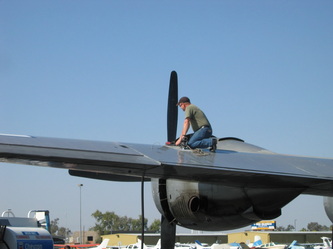 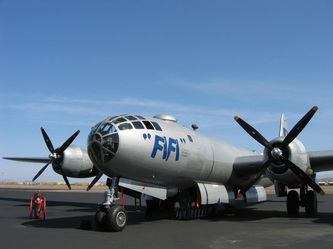