Growing up, the brothers were musically influenced by Anton, an Army band veteran of the Spanish-American War who became a well-known recording artist, composer, and band leader. The brothers played many instruments and performed together for enjoyment and employment during their school years in the 1920s and 1930s. Highly sought-after throughout Chicago for civic events, conventions, and festivals, they earned accolades and awards at music contests and recitals while attending local music programs.

After graduating from high school, the brothers continued to perform together as Erwin attended Gregg Business School and worked for the Railway Express Agency while Milan attended Chicago Musical College. After America’s entry into WWII, the brothers joined the Army Air Corps.

Erwin, after training in Orlando, FL, Victoria, KS, and Clovis, NM, earned the Combat Observer, Navigator, and Bombardier Badges and saw combat in the Pacific as a B-29 Bombardier assigned to the 881st Bomb Squadron, 500th Bomb Group, 20th Air Force, Isley Field, Saipan. Killed in Action on the 17 March 45 raid on Kobe, Japan, Erwin had stepped in from another crew to serve on the mission. His awards included the Purple Heart, Air Medal, American Campaign Medal, Asiatic-Pacific Campaign Medal with two battle stars, and World War II Victory Medal.

Erwin is buried at Bohemian National Cemetery in Chicago alongside his parents and brother. 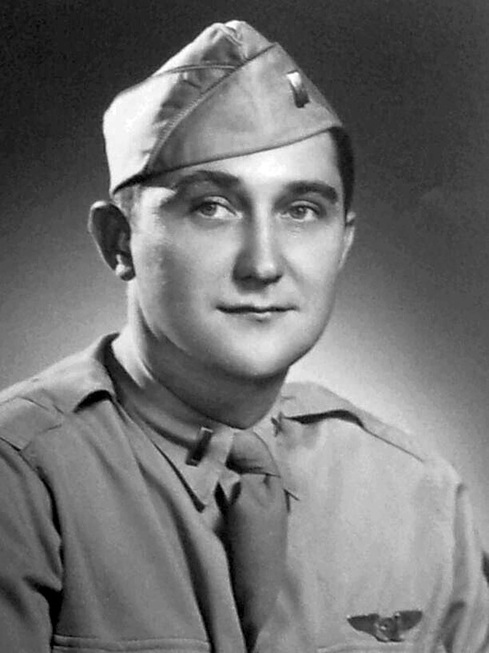 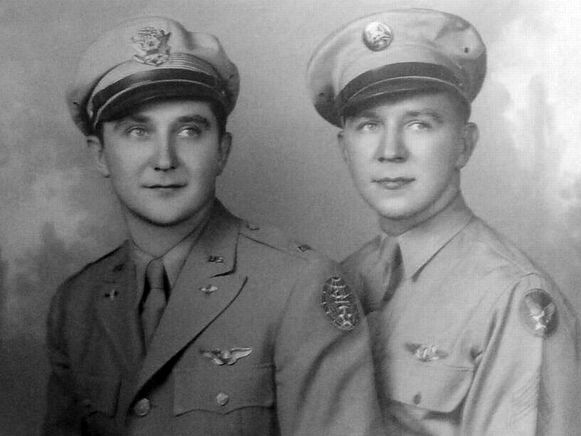 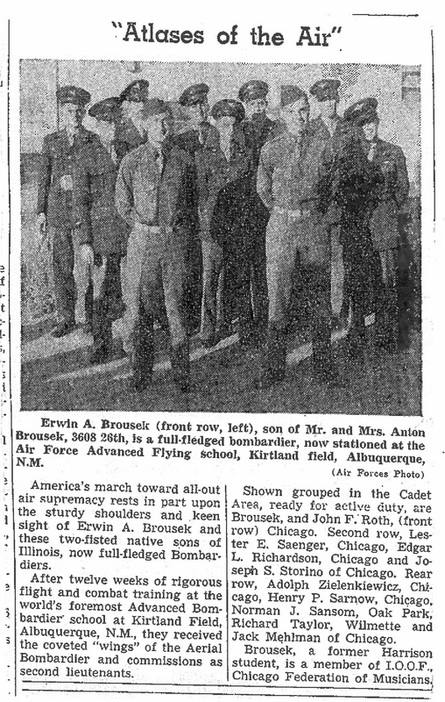 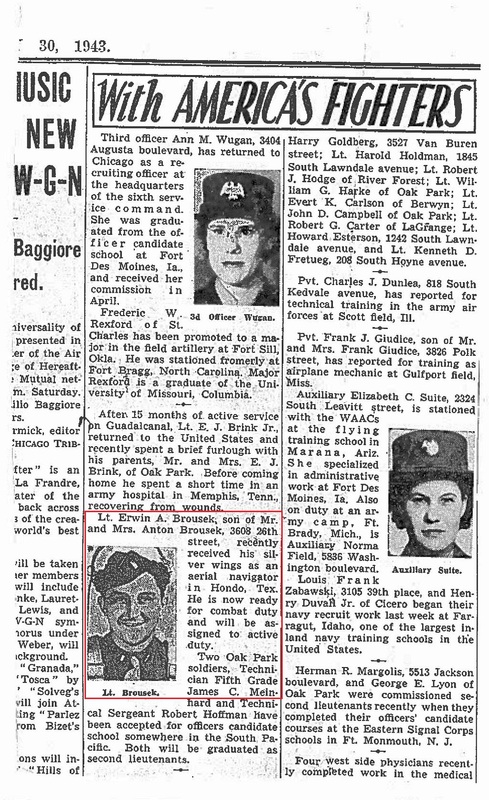 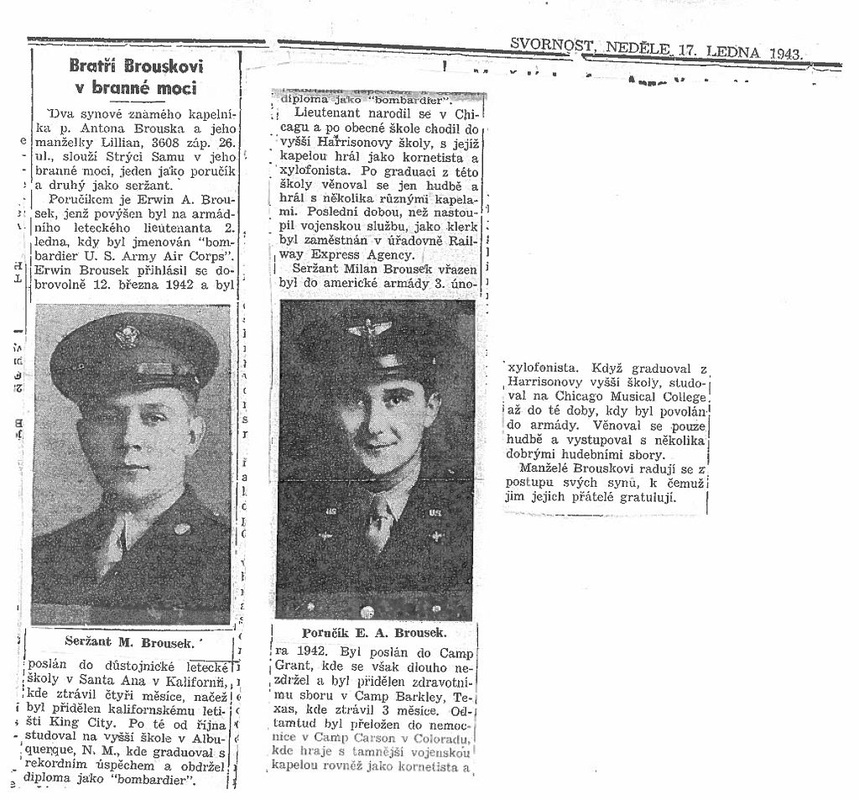 Chicago Bohemian language newspaper article about the service of both brothers 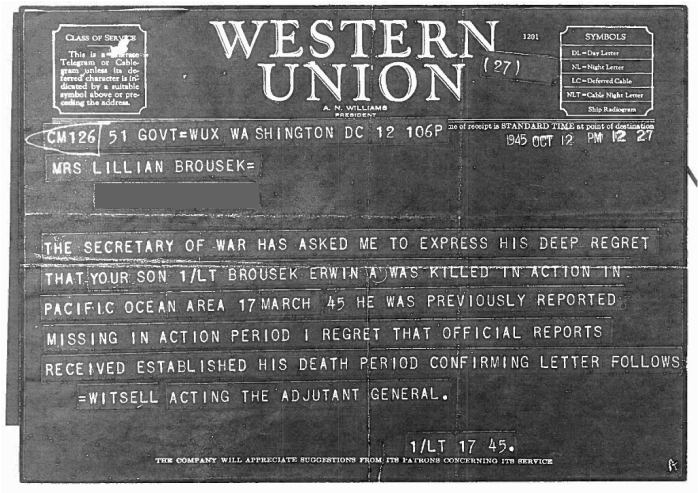 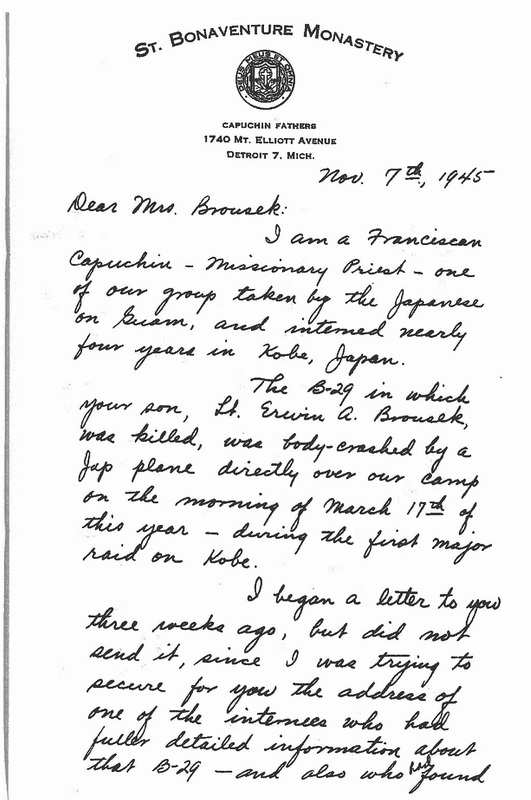 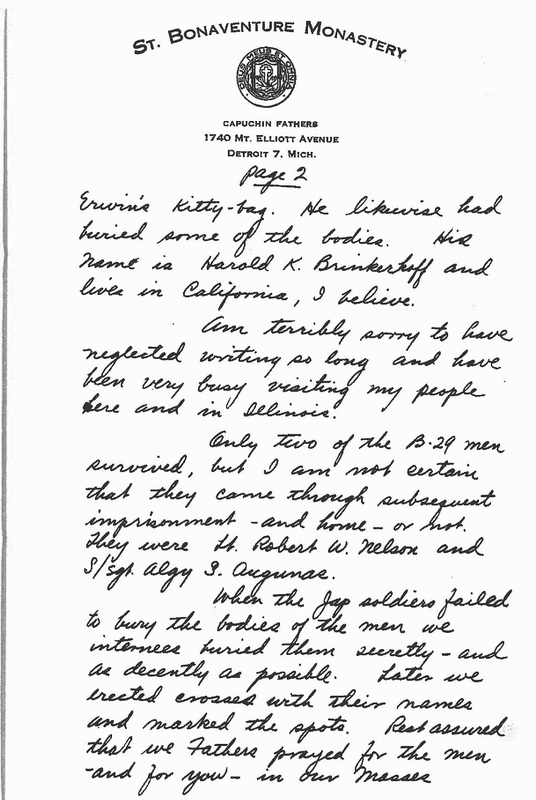 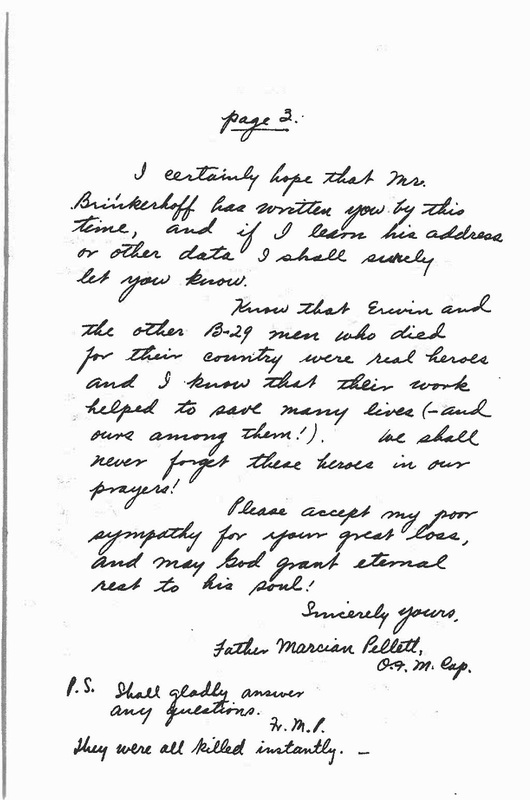 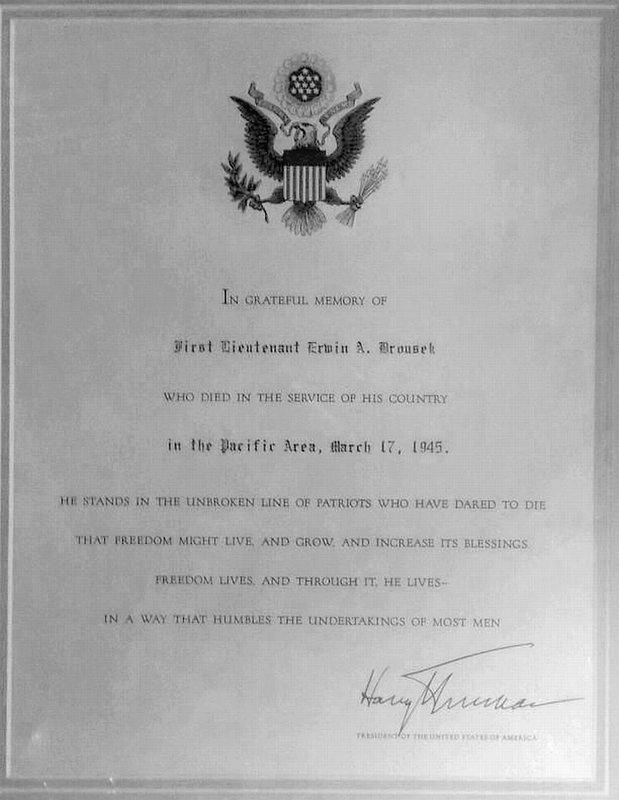 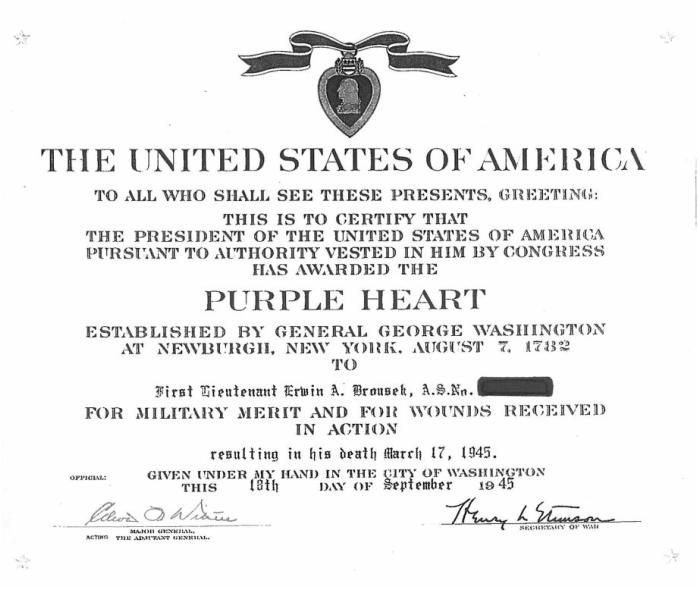