The illustrated tail designation images below are courtesy of Mark Styling - Professional Avaiation Illustrator & Artist.
He has been kind enough to authorize the low resolution, copyrighted usage here.
Mark's work is awesome and unmatched. He is available for commision work of all kinds of aircraft, not just B-29's or the snippets of the tail sections seen below.
Please visit Mark's home page here: http://www.markstyling.com/index.htm
or direct link to the first of his six pages of completed B-29's here: http://www.markstyling.com/b29s_wwll_1.htm

TAIL LETTERS/FIGURES/NUMBERS
Each B-29 in the Mariana Islands had it's own distinctive  identification.  Our Uncle Bob flew on Z Square 6 and
Z Square 8.
The Z was for the 500th Bomb Group, the Square was for the  73rd Bomb Wing, and the number 6 or number 8 was for that particular aircraft. 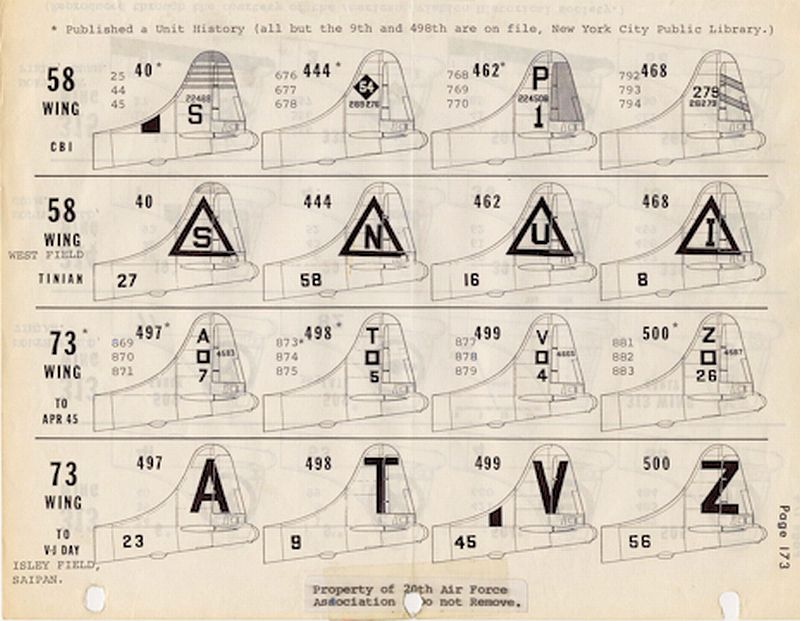 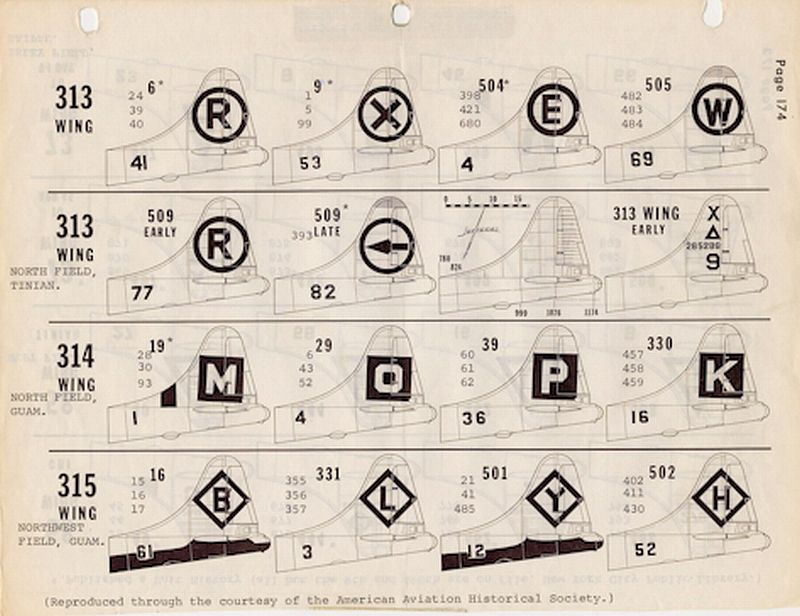